Medieval event catering in the historic citadel of spandau
Next event: Currently no events are scheduled. |

We look forward to welcoming you at Zitadellen Wirtschaft in Spandau

Zitadellen Wirtschaft has been hosting medieval festivities and events of all kind for more than 40 years. The restaurant and event space offers a unique, historic atmosphere. Guests experience eating inside a century old citadel featuring an impressive sprung arc, a cozy fireplace and a rustic tavern. All rooms are decorated with lusters, armaments, halberds and paintings. Our signature seven course medieval menu is served by maidservants and farmhands.

Our menu offers a great selection of starters, main dishes and desserts such as bread with lard, spit roast, rosmarin spiced chicken leg, cinnamon spiced prunes with cream and roast apple with custard. Our home-bred mead and house wine are served in clay cups and bulls horn. At Zitadellen Wirtschaft, guests will experience an exceptional evening with bardic poetry and singing. Upon request, jugglers, sorcerers, witches and heralds will entertain you. From September until July we offer a rustic Sunday brunch with accompanying entertainment by a ballad-monger. 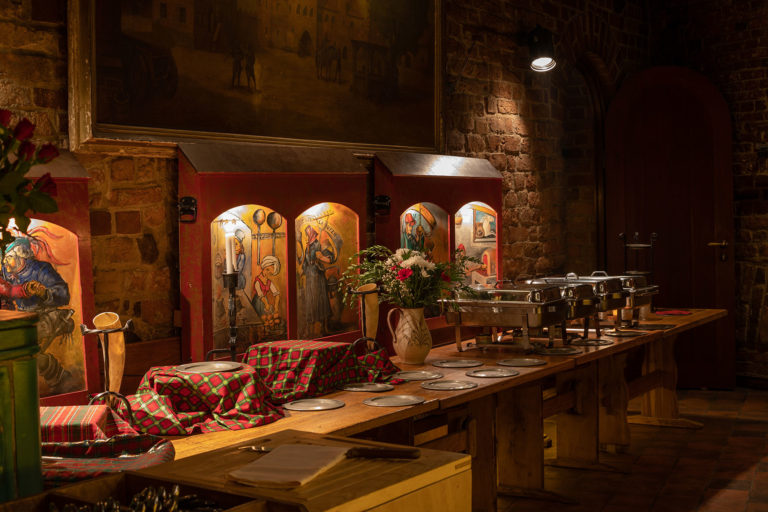 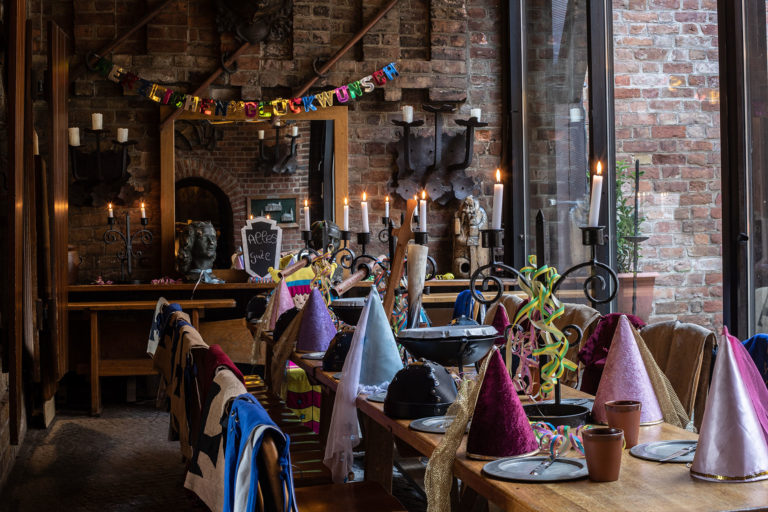 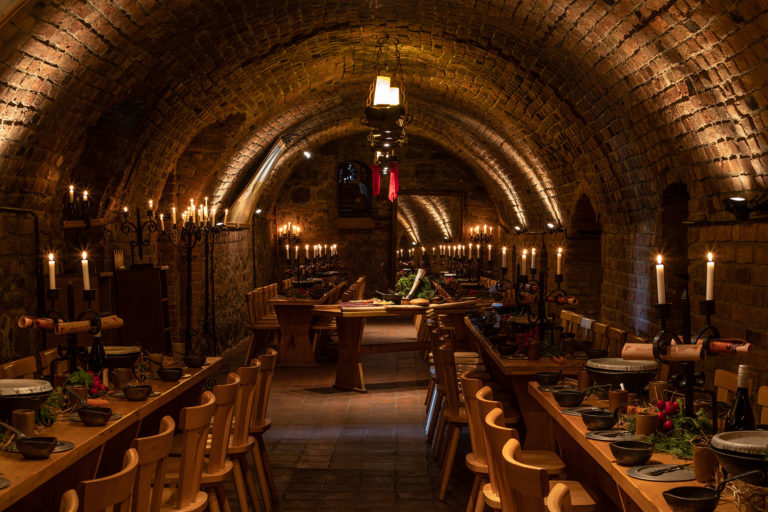 History of the castle and citadel

Citadel Spandau is located on the same island of the river Havel where once stood the “castle Spandow”. Documents mention this castle as early as 1229, however, as a foundation of Albert the bear it is likely to be much older. In 1197, the castle became the domicile of a margravial steward whom the Ascanian margraves Johann I, Margrave of Brandenburg and Otto III, Margrave of Brandenburg were following. Bavarian margraves also resided at the castle Spandow. On 16 December 1352 margrave Louis the Roman, Elector of Brandenburg donated the castle to the council of Spandow. The Julius tower and castle tower, two of Spandau’s most famous sights, were built during the reign of Charles IV, Holy Roman Emperor. Read more